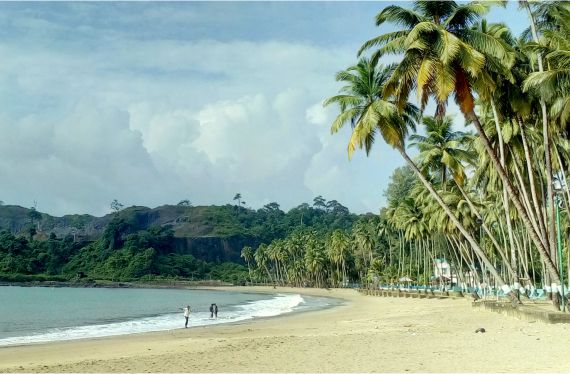 Pint-sized Goa is more than beaches and trance parties. A kaleidoscopic blend of Indian and Portuguese cultures, sweetened with sun, sea, sand, seafood and spirituality, there's nowhere in India quite like it. Beach bounty Goa’s biggest draw is undoubtedly its virtually uninterrupted string of golden-sand beaches. This shimmering strand stretches along the Arabian Sea from the tip to the toe of the state, and each of the various beaches have developed their own personalities and reputations since the hippie days of the sixties.The Spice of Life Food is enjoyed fully in Goa, as it is throughout India.While you're here, visit a back-country spice farm to learn why the Portuguese were so excited about Goa.Cultural Crockpot,The Portuguese arrived in Goa in 1510, lured by the exotic East and the promise of lucrative spice routes.Their indelible mark is still evident in the state’s baroque architecture, whitewashed churches, crumbling forts, colorful Catholic ceremonies, mournful fado music and the stunning cathedrals of Old Goa.